During long run last Sunday, I was experiencing SUPER tight calves and a bit of pain, but decided to run through it. And so I did, for 18 miles.

Big mistake. In hindsight, maybe stopping a few times to knead out a huge knot in my soleus was as a sign to stop the run. Maybe needing to hail an Uber rather than jog home from the trail that day was another sign.

I need to pay more attention to signs.

So, this week I have not run one step. I’ve scheduled a doctor’s appointment to image my tendon, and seen a PT, Jillian. As a marathon runner herself, Jillian totally gets it. She understands how freaking badly I just want to run.

Plus, she seems knowledgeable. Which is good, considering her profession. She assessed my tendon situation, deciphering the following clues like a regular Sherlock Holmes:

Clue #1: wear-marks on my shoes localized towards the soles & outside edge of my right foot. On the other hand (or should I say foot..?) Left marks spread evenly across the forefoot.

The scuffs on these are subtle because these shoes have about 200 miles on them, most of which was during the winter months of running on snow. Note the asymmetrical marks on the left and right foot: 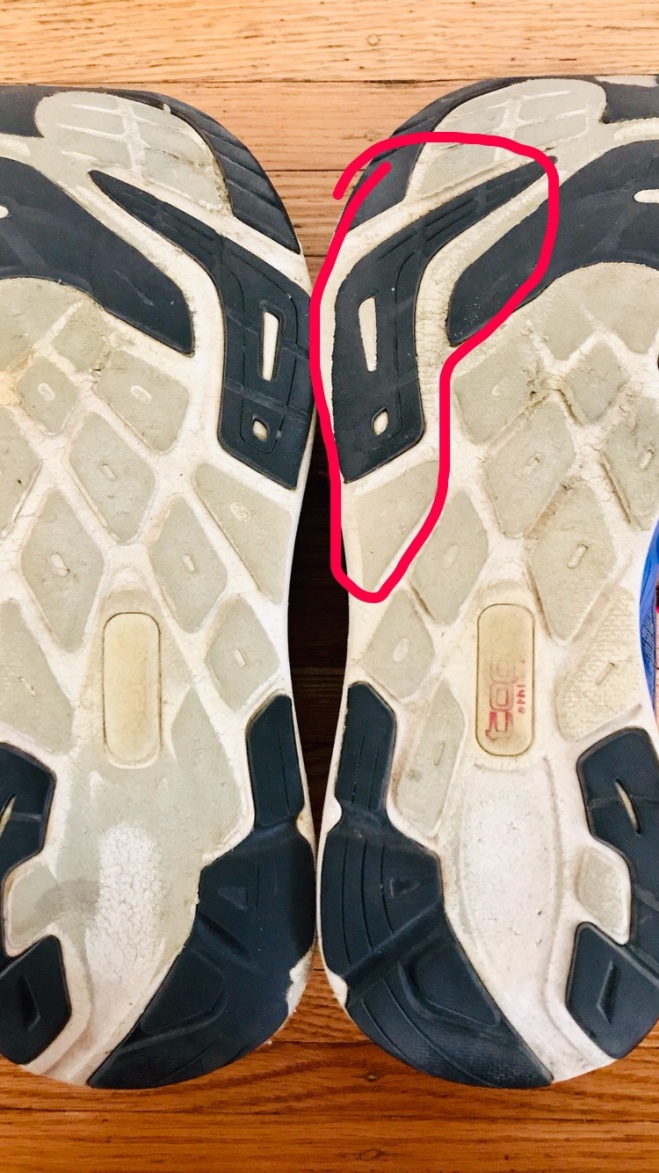 Clue #2: dorsi-flexion of my right foot is 5 degrees less than my left.

Clue #3: While trying to maintain balance for a single right-leg squat, I shake and my foot rolls to balance on the outside.

Clue #4: I have very tight calves.

Conclusion: she thinks I under-pronate on one foot when I run. Also known as supination. 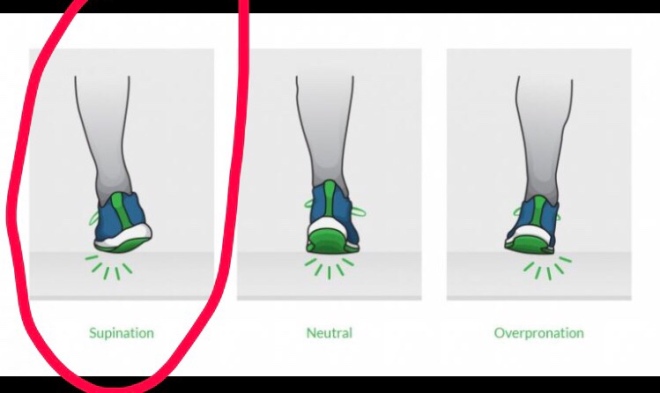 The way my foot strikes the ground repeatedly after hundreds of miles, takes a toll. It makes my inside leg muscles weak, and puts strain on my muscles and eventually my tendon over time. At the same time, having tight calves alone puts excess strain on my tendon.

She gave me a stretching regimen and suggested that we do a gait analysis on my next appointment on Monday; which will be my first run since last Sunday’s long run.

The bike is also pretty nice because I have free use of my hands! I can multitask. Specifically I can take REAL notes (well, digital notes, but these are better than mental notes in that I will actually remember them). I’ve been noting things to address and prep for my committee meeting.

If you’ve noticed the super cool countdown widget on this page, it is 5 days from now 🙃!

All but one member of committee has seen my seminar, and is familiar with my aims and project. Oh, coincidentally, that seminar was about the myotendinous junction. So HA. Life is weird.

The marathon is 15 days away. Let’s hope my efforts on the stationary bike pay off for both.